Earlier this month, as Elon Musk escalated his attempts to take control of Twitter, the company’s board adopted a dramatic and curious strategy: The poison pill.

The effort came after the billionaire Tesla CEO bought more than 9 percent of the social network, but before he cobbled together the $44 billion that ultimately won him the company this week. And for that brief interregnum between the old and new Twitter regimes, the poison pill represented a high-risk gambit to keep the company out of Musk’s hands.

The poison pill strategy ultimately fizzled thanks to the strength of Musk’s offer, but what few realized as the story unfolded was that Twitter was ultimately taking its play book straight out of the world of real estate investing.

What is a poison pill?

A poison pill is a method that’s meant to ward off investors who would take control of a company by purchasing large amounts of stock without the approval of the company’s board. In other words, it’s a defense against a hostile takeover.

However, there are also downsides. Deploying a poison pill can also make the shares of the company less desirable, hence the name “poison pill,” and discourage institutional investment, among other things. Another potential downside includes empowering existing managers and leadership — even if those managers aren’t guiding the company to its peak performance.

A well-known and recent example of this is when Papa Johns used a poison pill to prevent company founder John Schnatter from taking back the pizza maker after he was ousted. A number of other companies such as Groupon and Dave and Buster’s have also recently used poison pills.

In Twitter’s case, a company filing with the U.S. Securities and Exchange Commission argued that the poison pill would “protect stockholders from coercive or otherwise unfair takeover tactics.” The plan — which the board unanimously approved — would have been triggered if any shareholder acquired 15 percent of the company.

What does this have to do with real estate?

Companies in an array of industries have used poison pills in the past, but by the late 1990s, the strategy was becoming associated with one industry in particular: real estate.

However, in the 1990s the share prices of some REITs was plummeting. According to the Journal, the prices got so low that companies themselves were worth less than the total value of their assets — meaning investors could have bought up all the shares of some REITs for less than they would have paid for the land those REITs owned.

Those 31 REITs that adopted poison pills back in the 1998s represented a huge uptick — there were only five REIT poison pills the year prior — and at the time an analyst told the Journal that even more firms in real estate were exploring the strategy.

What happened to Twitter’s poison pill?

The short answer here is that Twitter eventually stopped trying to prevent Musk’s takeover and, this week, accepted his offer. Along the way, Musk faced competition from investment giant Vanguard, which briefly overtook him as the social network’s largest shareholder. At one point, Twitter founder and former CEO Jack Dorsey also criticized the company’s board for what he described as “plots and coups” amid the effort to thwart Musk.

In the end, though, the resolution was perhaps less dramatic than Dorsey’s comments might have suggested; Musk’s offer ultimately involved paying $54.20 per share, which was a steep premium over what shares had been trading at.

In the end, then, it was all about the money.

What this means for Twitter remains to be seen. Media commentators have outlined a variety of potential future scenarios ranging from Musk leaving Twitter mostly alone to him shaking up the platform and welcoming back banned accounts, such as the one belonging to former President Donald Trump. Musk has also at various times teased potential changes, but for now has not outlined an overarching vision for his time at the helm of the company.

Jul 26, 2022 About Me
Denver's Housing Vacancy Rate is Among Nation's Lowest 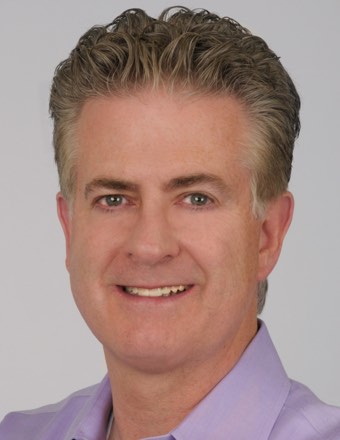